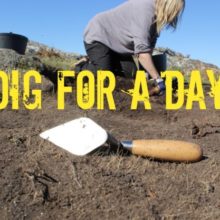 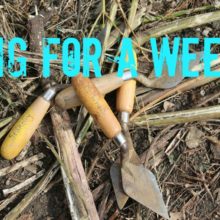 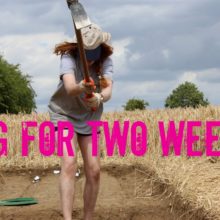 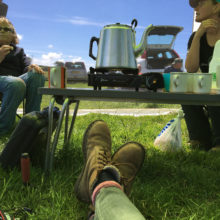 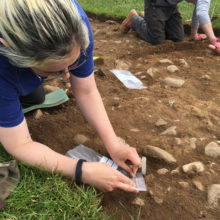 How did the idea start for DigVentures?
The overall idea was very easy to come to. We wanted to find a way to engage people in archaeology. Exactly how was basically in response to the fact that whenever you say you are an archaeologist, people are like: I would have loved to be that. And then the fact that Time Team (an immensely popular tv-show broadcasted in the UK) ended which people really loved seeing. Thus, this idea came into being of a community of people that love archaeology and want to be involved in the process. The idea was to not come up with one project, but do something more sustainable and lasting.

How are the excavations organized? Who is involved?
In general excavations are set up during the course of three weeks. On site we usually have about 30 people a day and about 10 staff members. On the first day we have a big orientations session with an archaeological briefing and then they have training according to how long they are with us. So if you are with us for a week you end up with a lot more experience, you get to witness the process from start to finish. The major difference between us and general open archaeology days is that we hire a lot more archaeologists on site. We have one archaeologist for every three participants! Their role is really to hold the hand of the people who want to learn. The way that we carry out excavations is built around the people that are taking part in it. We don’t just put them in to help us, but we’re there to help them have the best possible experience.

How do you get the sites?
We’re now in a position where people are bringing us some pretty incredible sites which are of huge public interest, because they know we’ll carry out the research in a way that benefits everyone and is accessible to all. We collaborate with landowners, universities, heritage organisations and community groups. 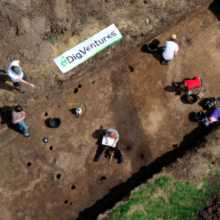 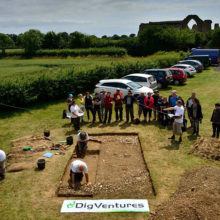 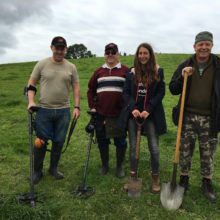 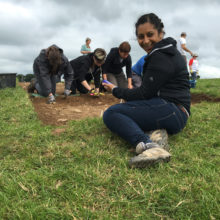 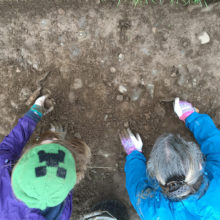 Can you tell us a little bit more about Dig Camp?
The Digcamp is especially meant for parents and children.  We try to have at least one on every dig that we do. There are two things that make these Digcamps particularly special. First is that the archaeology is real and the things participants find actually contribute to science. Also we realized that even though there are often a lot of opportunities for children to do things, it’s pretty rare that parents and children can do it together. So it’s special because it’s a day in which parents and children can spend quality time together.

In the UK young people seem to be involved in archaeology a lot more than in the Netherlands. How do you reach them?
I think that this is something that is quite unique to Digventures; we get a lot more young people that other volunteer projects. This has partly to do with the way we communicate and the way we built our community. It is open to everyone and we try to make our language as inclusive and non–jargony as possible. The other thing is that we run over the weekend which a lot of organizations don’t do. Also, being open in our social media in order to get the attention of the younger media is an important aspect. We try to write stuff on social media and on the website that will get shared by people and we try to write blogs that we think our friends will share.

How did the idea of gift certificates come into being?
We realized it’s something that people wanted. People want to be able to give the experience to someone for their birthday or for Christmas. And because we run on crowdfunding we only have campaigns for short sessions so it’s something that people are asking for. In addition it is a way to reach new people because of the whole experience economy. People buy each other days at the spa or a day of doing pottery. This way we can reach a bunch of new groups of people by saying, be an archaeologist for a day. Buy it for a friend, or for yourself.

Why is it so important for archaeology to engage the public?
That way its stays alive, it stays interesting. Basically, what is the point to archaeology if nobody cares? Our history belongs to everyone and we need to share the results in a way that is interesting to everyone. People are interested in the results but also in how we do it, how we get the results. They want to be part of the process. Frankly, to be an archaeologist is a privilege and we should share it with as many people as we can.

What is DigVentures goal internationally?
Digventures around the world. That’s part of the point really, that there are people all over the world that are interested in archaeology and there is interesting archaeology all over the world. We have a new project in Upstate New York this year which will be very interesting. Actually we also have askt a few people from the Netherlands if they can get involved in a project!

Frankly, to be an archaeologist is a privilege and we should share it with as many people as possible. 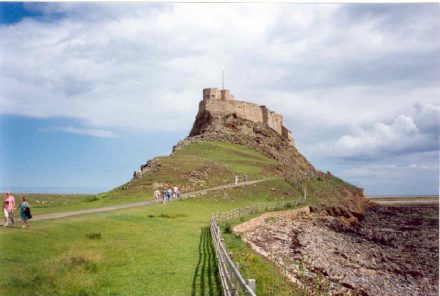