How did the idea for ‘Mosul: a collective reconstruction’ come into being? Is it in a way a continuation of the Museum of Stolen Art?
I did the museum of Stolen Art as a student project. (The Museum of Stolen Art was a project in which Ziv reconstructed a virtual space in which looted or and stolen art is displayed.). The project got a lot of media and then I decided to make it a public thing. I produced it myself and released it on the app store. During that I was contacted by the Economist, they have a fellowship over the summer and each summer they focus on a different technology. I was brought in as a Virtual Reality (VR) researcher to see how they can integrate VR into their recording. The head editorial of The Economist Media Lab saw an article about Project Mosul and how the art of Mosul Museum was destroyed by ISIL. He said, ‘you started with the Museum of Stolen Art, why don’t we do Museum of Destroyed Art?  Thus, I e-mailed Chance Coughenour and Matthew Vincent, the founders of Project Mosul and they were really interested in collaborating. The idea was that we would continue their effort. That we would take the destroyed pieces of Mosul Museum and place them in context, and build the museum around them. We would kind of add the frame of what they were already making.

How long did the process take?
I started communicating with Chance and Matthew in June/July. In November we had a prototype that we showed at IDFA (the International Documentary Film festival held in Amsterdam every year). What we showed here was an interactive experience; you could actually look and move around the Mosul Museum. After that we did a lot of user-testing and research to see if it all worked properly. The public release was in May 2016 and here we decided to not release it as an interactive experience because of where things are in the market.

How does the crowd-sourcing imagery work?
The crowd-sourcing imagery was done by Chance and Matthew, the archaeologists. Their website had a few parts that were crowd-sourced, here you could send in the images or you could help with the processing of the images. They used photogrammetry which is a method used a lot in archaeology. Photogrammetry is almost as old as photography and basically means that you take measurements from photographs to recover exact positions. Every time they can add another image, process it and get better results. Chance and Matthew took on the challenge of doing this from found imagery. Thus we have images from soldiers visiting the Mosul area in 2003 to assess damage, we had a guide book of the museum from the 1960s where you can see all the different halls and we also used the images of Islamic state destroying the pieces. The latter gave us the opportunity to place everything in the rooms. Thus we could reconstruct the artifacts as well as the actual museum using the found imagery.

So the archaeologists collected the imagery and you and Laura reconstructed it in 3D?
Yes, we worked together, first with reconstructing the space and then with building a virtual environment around it. That was for the prototype for which we designed the interactive part. Since we did not have to make it real-time we could achieve a more realistic quality. Then we had another studio come in for the public release.

How many people were involved in the whole process?
Not that many if you consider VR productions. It depends on the stage. I would say 6-7 in total. That would be included programming, modelling, and project management.

How long does it take to 3D reconstruct an object?
I depends on a lot of factors. If you don’t use found imagery but real captured images it could take a day for the software to calculate, process and then reconstruct an object. It also depends on the level of detail and the quality of the images. If you want maximum accuracy with not a lot of information the software is going to have to come up with a lot by itself . It is back and forth between the reconstruction software and modelling. Generally you use images in which you can create a 3D model pretty accurately to reality.

Is it that the more imagery you have the better it will turn out?
The more information you have the better the quality of the scan. For example, the lion of Mosul. Every time they have a new technique or programme they redid the lion and every time it gets better and better. And still, we 3D printed the lion for the show and you can see that the information that is not there yet, is white to show that there still imagery missing. Can you then fill in the gaps? Yes, you can but you need to maintain ethical guidelines. It should look the way it once looked and not different.

How much does it cost to make a 3D reconstruction?
It completely depends on who would do it and how much they would charge. Of course it also depends on the software you use. A lot of the tools can be found and used for free on the internet, so if a person wants to learn it on their own it would cost nothing. Some, slightly more professional software would cost around 200 dollars.  I have taught workshops in photogrammetry and I’ve seen people get good results. Also some VR artists don’t charge as much, for instance for smaller projects.

Why was Mosul chosen?
There were video’s that came out about Mosul and the destruction of the museum and its objects. It was the first time where they (ISIL) came out and said ‘we were ordered by our prophet to destroy these artifacts’. There was a lot of destruction in other places in the Middle East like Palmyra but that Museum was where the video came from where we could focus our efforts on. There was something for us to work with, a structure that you could visit.

What would be your ideal 3D reconstruction? If you choose something, anything, to reconstruct what would you do?
I just recently worked on another project which was a reconstruction of a square, a public square that was demolished in Israel. So that is a space that is very sentimental to me. We build it using photogrammetry and other things and it was at IdfA this year!

Are you working on any other projects involving archaeology? Do you have a connection with archaeology yourself?
So I grew up in Israel and I spent a lot of time around archaeology. I lived close to Caesaria (an ancient Phoenician site and archaeological park in Israel). Walking around archaeological sites has been a big part of my live. Specifically when you look at the Mosul museum, the art comes from times that are biblical, it is shared history. They tell stories about things that I learned about in bible class in school. All the Assyrian kings and kingdoms that they talk about. So that was very significant for me. I have a personal interest and fascination with archaeology. And especially thinking about how to take the past into the future and connect to our heritage. At the moment I am not working on any archaeology related projects but I definitely interested in doing something with that.

I like that I can work with so many different types of scientists in my field of work, like archaeologists. So if you know any archaeologists that want to works with a technologist, let me know.

Why do you think it is so important for the public to learn about archaeology and heritage? How can projects like this contribute?
I think, oh it’s so strange right now because we are in such a weird time in which facts have so little significance. First of all, knowing that we are not the first people to be where we are. That we are learning from out past mistakes and we have to beware of history repeating itself. Seeing yourself as a part of that, a small part of what human civilization is. It is important for our education and a realization of who we are.

I have a personal interest and fascination with archaeology. And especially thinking about how to take the past into the future and connect it to our heritage 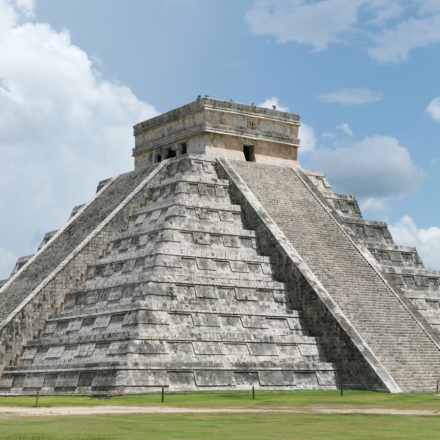